Over the years, COPD.net has lost powerful voices in the COPD community. Hear the stories of those who are no longer with us as we celebrate their life and message.

Mary had stage four COPD for 17yrs & end-stage COPD for 8 yrs. After being diagnosed with COPD, & on oxygen 24/7 I kept smoking on & off for nine years. 8 yrs ago after I almost died for the third time, besides using oxygen 24/7 I had to use a nonintrusive ventilation device, (known to most as a BI-PAP) 24/7. One year later I was put on Hospice & given less than 6 months to live. I was a Hospice patient for 3 & 1/2 years. The doctors kept telling me I was dying. However, I choose not to believe them, and by the grace of God, so far, I’m right and they’re wrong. Read more

With the exception of medical doctors, contributors and moderators at COPD.net are compensated for their contributions to the COPD.net community. If you are interested in joining our team, please contact us at contact@copd.net.

Spacers and Techniques for Using Them 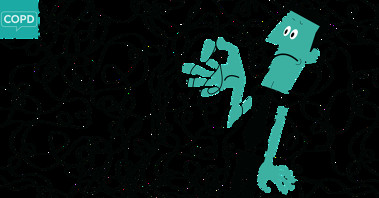 How to Deal With a Tangled Oxygen Line