Mental Health Month 2020: Not Just In Your Head

For a long time, we said mental health happens in the mind and the body is just along for the ride. People who've experienced stress, anxiety, depression, or even minor emotional challenges know this isn't the case. There are lots of ways our environment affects how we think and feel, both mentally and physically. 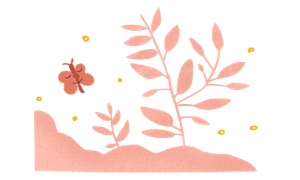 Mental health from the outside in

For Mental Health Month 2020, we're working on mental and physical health together. Over the next few weeks, think about feeding your body and your mind as best you can. Ever more important in these chaotic times, here are a few ways to get body and mind connected...

Research is increasingly finding links between physical and mental health and nature. Spending time in nature can take many forms, from houseplants and views from your window to a long dose of time in gardens and parks. As much as possible, especially if you're feeling isolated, get outside of manmade environments and take in more leaves - with safe distance, of course!

Either the comedy industry has a stranglehold on medical research, or laughter is actually good for you! Research has found connections between laughter and blood circulation, stress response, the immune system, pain tolerance, and cognitive function. Turn on your favorite comedy special or call that friend who deserves a comedy special of their own.

"But I'm not creative," you say? It doesn't have to be pretty. It's the act of creating itself that's important, whether with hands or feet, voice or writing, even just in your head. Building something from nothing is a reminder that you can influence the world and bring something new into it, especially when things feel out of control.

Saying or writing your thoughts out can take them out of your mind and into the real world where you can look at them more objectively. This is also one of the really valuable aspects of therapy!

However works for you, make sure to let the inside out and the outside in, appreciating and interacting with your world, even if it's gotten quite a bit smaller for the time being.

See what this community is saying about mental health:

What hobbies and activities help your mental and/or physical health? Answer in the comments!

What Is the Social Health Network Community?