I 2012 I was.in stage 3 COPD and that year saw many other health issues. I continued to.deal.with some.of.these extra problems through 2014 which was another very bad year. I was hospitalized several times and had long recoveries. Now I entered stage 4 COPD and was told to go on the lung transplant list, which I did not qualify.for. At that point I became bedridden and very depressed. Now, 4 years later my overall health is much improved except the COPD of.course….and the DEPRESSION. I haven’t gotten out of bed. Now I have very little muscle but I am Mobil and there is.no real reason I should be completely bedridden. The depression is keeping me here. I’m going to thereby but….what can be done? I’ve tried but have been unable stop this. I’m now 200lbs with no muscle and am almost unable to leave my room, my bed. I’m.destroying what life me and my husband have left. Help 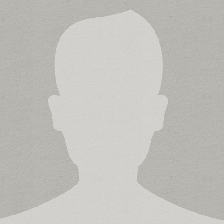