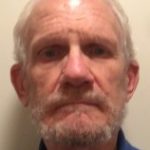 I started smoking in my teens, and finally quit in 1981 at age 37. I never had any shortness of breath until after I retired.

One evening in 2005, I went upstairs to go to bed, and got very short of breath. I came down and told my wife (who is a nurse), she immediately called 911. The EMTs, and the doc in the ER both said it was probably an allergy attack, as my SpO2 was 97. Just for procedure, they did a chest X-ray and found I had a spontaneous pneumothorax in the left lung. Went through chest tube, and 2 days in hospital.

A year later it recurred. 6 months after that again happened. Same lung. They did a thoracoscopy and a pleurodesis to keep it from happening again. Oddly, doctor said my lung inside looked very healthy. After that, started experiencing shortness of breath. Got bad enough, doc said I would need oxygen. I resisted that, so he sent me to pulmonary rehab. Now I am 6’2″ and at that time weighed 230 pounds. After rehab, I continued to exercise, and stayed with the diaphragmatic breathing they taught. I took up Tai Chi and Qi Gong, which also emphasized breathing. I lost 70+ pounds, and it really helped.

I can walk 5 miles, and at age 70 a couple years ago, started doing Aikido. My continuing problem was waking up a lot at night. I thought it was because I had to go, but my urologist said I was going, because I woke up. Had a sleep study, and found that although I don’t snore, and had no obstructive apnea, I did have hypopneas, when sleeping, my SpO2 would drop as low as 70-75% – waking me up. This was because sleeping, my breathing got shallow. Enter the BiPAP machine, which really helped. Adding an oxygen concentrator to the BiPAP did the final trick, keeping SpO2 levels average at night above 94, and not dropping below 88%.

Still OK during the day, although hot, humid days I can’t work outside because of shortness of breath. So now they call it late Stage 2 or Stage 3, but I’m still walking, still doing Aikido without O2, at age 73!