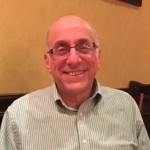 The coughing associated with COPD produces large amounts of a slimy substance called mucus. The increase in the production of mucus and secretions are due to an excessive amount of mucus-producing cells (called goblet cells), and oversized mucus glands in the airways compared with those found in the lungs of healthy people. This can result in a chronic cough. As we know, a cough is the body’s defense mechanism in an effort to clear the airways of this mucus. Mucus may also be referred to as sputum and/or phlegm and it can become prevalent in the airway and lungs during illnesses. Unfortunately, people with COPD can have difficulty clearing the excess mucus because of ineffective cough as well as other aspects of the condition.

Some of the factors that contribute to the excessive production of mucus in this type of COPD include:

Smoking, by far, is the biggest factor in COPD and specifically, chronic bronchitis. Studies show that cigarette smokers with both chronic bronchitis and a limited airflow have an increased number of goblet cells and inflammatory cells in their airway. Infections, whether viral or bacterial, are characterized by the production and presence of mucus in the airway and lungs, and even excessive secretions in the nose.

COPD, with excessive mucus production, can impact a person’s health. This manifests itself in a variety of ways.

Techniques to Bring up Mucus

As has been mentioned, people with COPD often produce a large amount of mucus or sputum. If the mucus is allowed to collect in the airways, breathing may become more difficult and there is a greater risk of developing an infection.

Techniques to remove mucus are often done after using an inhaled bronchodilator. The medication helps to both loosen the mucus and also to open the airways. This makes the techniques to expel the secretions more effective. The patient with COPD should bear this in mind as being compliant with medication regimens combined with coughing techniques can insure a more successful maneuver.

Start by taking a deep breath. Hold the breath for 2-3 seconds. Use your stomach muscles to forcefully expel the air. Avoid a hacking cough or just simply trying to clear the throat. A deep cough is less tiring and more effective in clearing mucus out of the lungs.

Huff coughing or ‘huffing’ is an alternative to deep coughing when you have trouble clearing the mucus from your lungs and throat.

Other Techniques to Bring up Mucus

If, in your condition, a large amount of mucus is produced, your health care provider may recommend other techniques to help clear the mucus.