Expert Answers: What is Spirometry and PFT?

There are many types of tests one may go through when facing COPD. Lots of questions can accompany those tests, and one of our community members asked the following:

"What are Spirometry and PFT?"

We asked our experts to explain - check out what they had to say below! 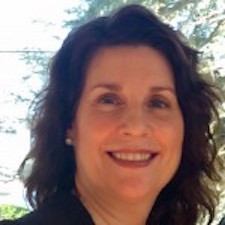 Spirometry is a test that is part of the testing done during a pulmonary function study but it is also done as a single test. These machines used to be very big and bulky but thanks to technology, there are portable units that allow it to be very portable! Spirometry is quick, easy and the most widely available lung function test, it can be performed in a pulmonary function lab or in a clinic. A spirometer is the machine that it is used for this test and it measures the amount of air that is exhaled and the amount of time it takes to exhale that air. The test is repeated several times to be sure that the measurements are reliable and reflect your true values. These values are part of what is used to stage and diagnose COPD.

A spirometer is a device used to perform spirometry. A more common term used is pulmonary function test (PFT). A technician will have you seal your lips around a mouthpiece connected to the spirometer. You will then be instructed to take as deep a breath as you can, and then exhale as hard and fast as you can until there is no air left in your lungs. The spirometer measures how much air you can inhale and exhale, and it also measures how fast you can exhale. The test can provide some really neat loops and numbers to help your doctor determine if you have COPD and how severe it is. It can also be used to measure the progression of your disease over time, or the effectiveness of your treatment program.

Spirometry is a type of pulmonary function test used in conjunction with other findings to diagnose certain lung conditions such as COPD, asthma, and pulmonary fibrosis. Besides diagnosis, it is also used to determine the progression of a disease and response to treatment.

In particular, there are two important parts of a spirometry that can tell the doctor quite a bit - Forced Vital Capacity (FVC) and Forced Expiratory Volume (FEV1). The FVC measures how much air you can blow out of your lungs in one full breath. The FEV1 is the amount of air you can blow out in one second. The expected results are based on age, weight, and height.

These tests will show a pattern of a person's airways and lungs being obstructed or restricted. Often the test will be done first without medication and then again after receiving medication, such as Albuterol. If the test is better after taking medication, this indicates the condition is treatable and reversible. For instance, an asthmatic will usually have good results after taking a medication to dilate the airways and do better afterward. On the other hand, a person with a restrictive lung disease will often not see any marked improvement after taking a medication.

Chronic Obstructive Pulmonary disease (COPD) is a clinical diagnosis that should be based on careful history taking, the presence of symptoms, and assessment of airway obstruction. Spirometry, or pulmonary function testing, is a procedure that facilitates the diagnosis of COPD. Spirometry is a method of assessing lung function by measuring the volume of air that can be expelled from the lungs after a maximal inspiration. The pulmonary function test (PFT), as it is called, plays a key role in the diagnosis and assessment of the disease. Spirometry is considered to be the gold standard for accurate and repeatable measurement of lung function.1-3

A respiratory therapist, working with a physician, will usually administer the PFT to the patient. The results of the test will assist in evaluating the existence and extent of the disease. Since COPD is considered to be an obstructive disease, the PFT actually measures the amount of air a patient can exhale in a certain period of time. This is referred to as the exhaled volume. The measurement focuses on the volume of air a patient can forcibly exhale within a specified time period, typically one, two or three seconds. This is referred to as the forced exhaled volume (FEV 1 , FEV 2 , FEV 3 ). The total amount of air a patient can forcibly exhale is called the forced vital capacity (FVC). When the FEV (typically at one second) is compared to the FVC, a percentage is determined.1-3

This figure is then compared to what would be expected or predicted for a normal lung, based on age, height, gender and ethnicity. Based on that percentage, the diagnosis and severity of the obstruction can be determined. It is on these values that COPD guidelines around the world base the assessment of mild, moderate, and severe disease levels. Spirometry is the best way of detecting the presence of airway obstruction and making a definitive diagnosis of COPD and asthma. It has major uses in COPD and can help to:1-3

Spirometry has many other applications in assessing and managing respiratory disease. For specifics about your own condition, I would refer you to your private physician or pulmonologist.1-3