Come Along on My Bronchoalveolar Lavage Journey

What is a bronchoscopy with lavage?

It is a procedure that allows a healthcare provider to look at your lungs. It uses a thin, lighted tube called a bronchoscope.

The tube is put through the mouth or nose and moved down the throat and into the airways. It helps diagnose and treat certain lung diseases.

The lavage is used to collect a sample of the lungs for testing. During this procedure, they put a saline solution through the bronchoscope to wash the airways and to capture a fluid sample.

My doctor and I had been discussing for a while now about my getting a BAL (bronchoscopy/bronchioloalveolar lavage). Back in the spring, I had pneumonia twice, and even before that, I had so much coughing and excess phlegm.

It had been so hard to get all of that out. Most of the time, my husband or son had to do compressions on my back to break it up. We had discussed it at my previous appointment, but I tried a sodium chloride nebulizer solution mixed with my albuterol first to see how that worked.

It worked well, but I still had difficulty getting that gunk up during the rest of the day. So at my appointment two weeks ago, he asked me again if I’d like to try the BAL.

I agreed to proceed. Not only would he get to look in there and see if anything is going on, but he would also be able to get a sample and wash out my lungs with saline.

My anxiety is terrible sometimes, and it scared me to move forward with doing it, but I knew I would be glad I got it done. The same day as that appointment, I got all the bloodwork I needed before the procedure.

Today I got my Covid-19 test which came back negative, and Thursday was scheduled as the procedure day.

Getting a bronchoscopy with lavage

I am thankful that the procedure is behind me now. It wasn’t as bad as I thought it would be. I arrived and checked in at the hospital, and when they were ready, they brought me back to the pre-op room.

There, I had to change into a gown, get an IV, get my vitals and, of course, go over all the lengthy, boring paperwork. After that, they let my husband stay with me and got to stay there the whole time.

Then when I was ready, my Dr. came back to talk to me about the procedure and go over everything he would do. He said the whole thing from when I leave the pre-op room, get put under, have the procedure and then be back to my husband should only be about 30-45 minutes.

That was good news to hear. I didn’t want to be there any longer than I had to. After that, I got to talk to the anesthesiologist, Greg. He explained everything that he would do and how I would feel afterward.

As he described, I would have about the same type of medicine they used to put you under for a colonoscopy. No problem. I have had that before. I then had a breathing treatment with a RT. She was great at calming my nerves and told me that my Dr. was one of her favorites and I was in expert hands.

I had been very nervous most of the morning, but talking to them and my nurses put me at ease. When I was brought to the procedure room, things moved pretty fast.

They told me what a few things were. The anesthesiologist told me he put something in my IV while making me a cocktail.

I remember thinking, "Is this hitting me already? I'm feeling kind of tired." I remember him saying he was going to put a mask on me and remember him doing it, but I remember nothing again until they were wheeling me back to my pre-op room and them telling me I was done.

Feeling very loopy, I asked my husband to take a picture to see if my eyes looked like they felt. They felt like they were bulging out of my head. 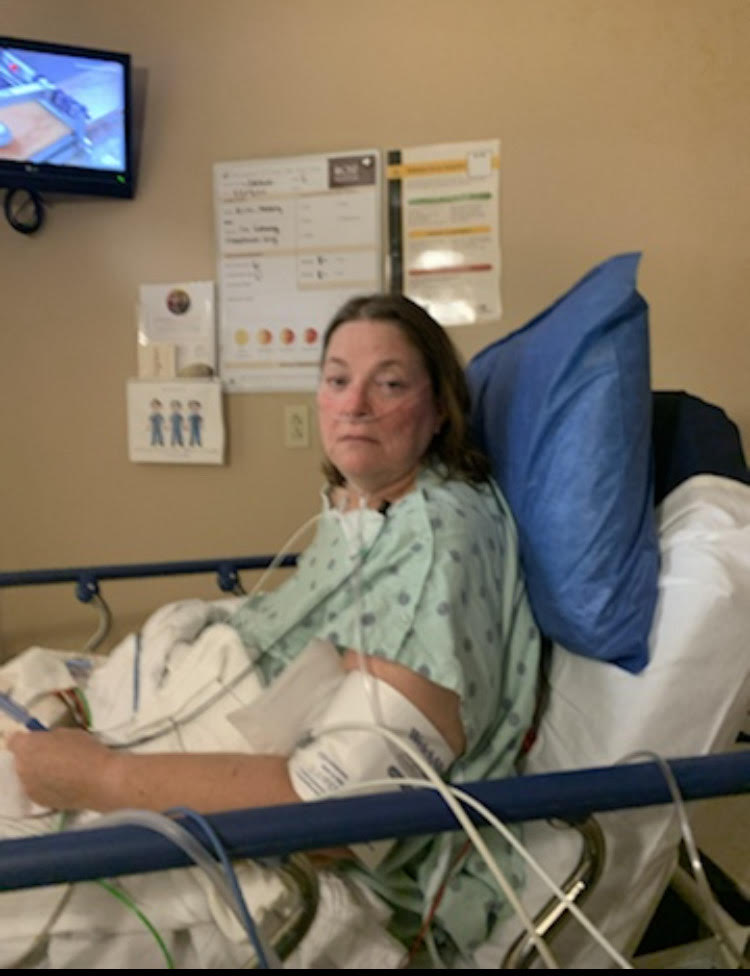 Coming off the loopy meds, I remember thinking I didn't feel bad. I was coughing a bit of blood, but they said that was normal and it would go away. My throat was sore, but nothing like I thought it would be.

After about 30 minutes, they offered me a drink. Being too nervous to try, I asked for some ice chips instead. I was pleasantly surprised that I could tolerate it and my throat wasn't numb like I expected it to be.

I recovered for another few minutes. They took more vitals, and I was on my way. I did well at home but had a headache later, and a little rash on my face, which I was told was probably from the tape that they used.

I recommend anyone getting a BAL who has been coughing up a bunch of gunk and needs a look around the lungs. I also feel like after having the saline rinse, I have much less sputum that I'm coughing up.

In conclusion, the cultures they took showed a fungal infection in my lungs, and I will start a new medication for that. I hope this helps anyone decide whether or not to have this done.

Have you had a BAL before? How do you feel about it? Place your answers or comments below.

12 comments
This article represents the opinions, thoughts, and experiences of the author; none of this content has been paid for by any advertiser. The COPD.net team does not recommend or endorse any products or treatments discussed herein. Learn more about how we maintain editorial integrity here.