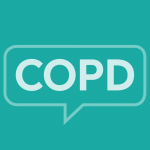 Whether you’re newly diagnosed with COPD or a 30 year veteran, the Alpha-1 Antitrypsin deficiency might seem like a new concept.

What is Alpha-1 Antitrypsin deficiency?

While Alpha-1 Antitrypsin deficiency (or AATD as it’s often called) is a rare genetic condition, it still affects around 100,000 Americans, if not more.

Have you been tested for AATD?

The core symptoms are very similar to those of the more standardly diagnosed COPD, but while typical COPD progression is based on airborne irritants and toxins damaging the lungs, AAT deficiency causes a lower production of the protein that protects the lungs and liver from damage, leaving them vulnerable to early-onset disease such as emphysema.

Though it was discovered over 50 years ago, the majority of those with the AAT deficiency are actually untested and undiagnosed.

Some physicians test for AATD more readily than others. But there are a few characteristics that often lead a physician to believe a person might carry the deficiency. As always, everyone’s medical care is highly dependent on the individual and their personal background. If your doctor did decide to test you, however, they may have explained why.

Most of the treatment options for those who do test positive are the same as those prescribed to the general COPD population, but there are a few treatment approaches that can be used specifically for those with the AAT deficiency.

If you’re interested in knowing more about the Alpha-1 Antitrypsin deficiency as it relates to your personal situation, or the situation of a loved one, certainly bring it up with your physician. Even if you don’t have Alpha-1, it’s always good to learn more about the many facets of COPD!