Paying for Medications with COPD 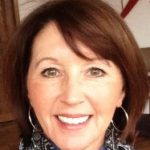 The cost of life saving medications is on the rise. Many of the inhalers, steroids, and combination drugs are expensive. If you are on medicare, like my mom was, it can be a challenge. There are a lot of ways to get the drugs you need. Paying for medications for COPD takes some creativity, and at times it may cause frustration. Persistence is needed for sure. In the end, hopefully you can get all of your meds by taking these steps.

Mom lived on a fixed income.

She had planned fairly well, and her home was paid for. It was the big house we all grew up in and the utilities were high. That meant she had to shut off certain parts to reduce gas and electric bills. She still had her pets and wanted to stay in her own home as long as possible.

She used the power of the internet.

The internet was around, and she even ran a website for a few years. She also belonged to a lot of forums. Through that connection she was able to find out about different ways of getting information. Her generation used an old phrase, “let your fingers do the walking” and it referred to the telephone. Eventually it came to refer to the internet as well. Her use of those 2 technologies helped a lot when it came to paying for medications with COPD.

By reading online, she found many hotlines that were ran by pharmaceutical companies. She bragged shamelessly about how a phone call her or there resulted in a discount coupon being mailed to her home. The way she described it was that the big drug companies had help lines. There were people there to answer questions about the medications. I assume they are still in place, if not even improved since then. She would tell her story and get a large percentage off her next refill on inhalers.

She found help from other resources.

Many times her doctor’s office had samples, and the offered them to her. Our family doctor treated all of us for many years. She was generous with mom. The pharmacy sales representatives would bring boxes of different drugs that were available. Some of them were the same brand she used. Other times, she would try something new based on a sample she was given.

Some private foundations will help, depending on the type of medications you need help with. They helped mom with co-pay on one drug that was super expensive. She found with the help of an online friend. It required a form to prove eligibility and give her doctor and pharmacy information. Then she had to fax it in. But she won the money and it was a huge bonus!

Paying for medications for COPD meant she had to scrimp and save. I know that she also tried to cut back on some meds when she was worried about the cost. She also found help from her doctors, online forums, foundations, and pharmaceutical companies. It provided a lot of relief for us all to know she had the medications that she needed.