My Diagnosis of COPD 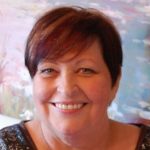 The first time I realized that I might be having some breathing problems was many years before my diagnosis.

Working in the downtown core often meant that parking wasn’t always close or easy. This day I had to park a few blocks away. Getting to work was a slow and steady walk. After work, my son and daughter met me to get a ride home. They walked ahead of me and I could not keep up with them to pick up my car.

I had to stop a few times to catch my breath. Finally, when I caught up with them, I was gasping for breath and working hard to get a breath in, the very opposite of what I should have been doing. I had never even heard of a disease called COPD and I had no idea how to breathe properly. My son and daughter were deep in conversation and didn’t notice my gasping and wheezy breath.

That was the day I made my biggest mistake. Instead of seeing a doctor, I shrugged it off as if it were nothing. I got into my car and lit a cigarette and didn’t give it a second thought.

However, I did notice that as I continued smoking and time went on that I was very aware of not being able to exert myself. Shying away from partaking in the physical activity at work functions, I assigned someone to vacuum the carpets for me and to change the bed linens. If we went to a restaurant with stairs, I stayed put once I climbed up, saying I was cutting down when asked to join the smoking crowd.

You see, like most of us, I was keeping it a secret without even being conscious that I was doing it. Getting very good at hiding it from everyone, even my daughter who I worked with, I am not too sure what I was thinking at the time. Probably I was just in denial and that it just couldn’t happen to me as I continued to smoke a package of cigarettes a day.

It never occurred to me to stop smoking or to see my doctor. It would be many years later that I would ask for a lung function test. After seeing a commercial on TV that said if you are finding yourself short of breath, see your doctor and ask for a lung function test. My entire family asked me if I had seen that commercial and that it was for me. I was so good at hiding my symptoms that my doctor didn’t believe me when I said I thought I might have COPD.

The results showed I had a lung function of 29%. Without knowing what a lung function was I knew from the tone of the doctor’s voice that I was in big trouble. I was devastated. He indicated that he couldn’t do much for me. He ordered me an additional puffer and set up an appointment to see a specialist. By the time I saw the specialist, a month later, I would be in critical condition and in heart failure.

If I can say anything to everyone about COPD it is that early diagnosis is the key to functioning with COPD. I try to imagine that I went to the doctor on that first day when I had to walk to my car. What a difference that would have made to my life!