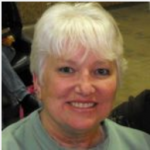 An illness that is not seen

An invisible illness is an illness or disease that is not seen. Some examples of invisible illnesses are COPD, which is Chronic Obstructive Pulmonary Disease; asthma; depression; allergies; multiple sclerosis; cancer; arthritis and so many other illnesses.

I believe that chronic illness is anything that lasts over 3 months and cannot be healed completely. Unless a person is wearing an oxygen tank, a person might not realize that their acquaintance has COPD. Unless a person is crying frequently, it may not be recognized that this person is bipolar or suffers from depression.

I have been given the look

Screech! Okay, I have a confession to make. My daughter and her family came to help do some painting. She has Trigeminal Neuralgia or TN for short. This was possibly caused by dental work when she was younger.

TN patients might first may experience short, relatively mild attacks. But the condition can worsen and produce longer and more painful episodes. TM is more likely to occur in women and those over the age of 50.1

What does TN have to do with COPD?

My daughter, with her family, and a son with his family joined my husband and me for our Christmas. The first thing was a clothing change for a granddaughter. Even though she had washed her clothes, doing everything to eliminate the scents that trigger a reaction, she washed them again. Some detergents are so strong that it takes 2 or 3 washes to get the scents and chemicals out of the fabric.

How wonderful that my family tries so hard to keep me safe! If something triggers a reaction, my eyes swell shut, I cough and get a horrible sinus pain across my cheeks and head. My chest gets so tight. Then I sleep for 1-3 days, waking up for short amounts of time.

A pain and defeated look

There it was, I got caught up in the moment and any thought of what I was doing was just gone. My daughter kept telling her daughter to give her a kiss. I decided to get into the action and told my daughter I wanted a kiss. Then guess what, I reached for and pinched her chin. She gave me such a pained and defeated look.

How does she talk to people and tell them?

I think back to other people’s reaction to finding out that their friend has an invisible illness. Actually, this friend is just finding out about her own health diagnosis. She knew she didn’t feel good, but now she found out she has COPD.

We must try to remember that each of us may have different signs and symptoms. Some people might keep their COPD or other invisible illness more hidden, whereas others might be more visible. The stage that a person is in can also factor in. It’s important to realize that we are all unique in our disease.