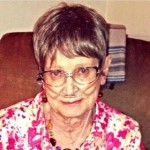 The most dreaded, misunderstood, misinterpreted, misused, destructive term in COPD, “End-Stage”. The newly diagnosed, or those with first, second, and third stage COPD may never have heard or are not really that familiar with the term “end-stage”. But, when you reach the fourth stage one day, a medical professional will use the term “end-stage” to describe your COPD. The first time most people hear the term “end-stage” it sends them into a panic.

People think it means they’re at death’s door. Nothing could be further from the truth!

I have had stage 4 COPD for 17 years, (“end-stage”) and I’m still here with no “END” in sight. Most long-timers in the COPD community hate the term “end-stage” and refuse to use it in the groups, blogs, other writings, or conversations. They are well aware of what hearing the term (to describe your condition) for the first time does to a person. As I was looking over the survey on COPD posted by this site after one of the results with stage 4 and in parentheses the term “end-stage” which prompted me to write this.

As soon as they hear the word “end” come out of a medical professional’s mouth, (doctor, nurses, therapists), they hear nothing else after that point. Their emotions take over any rational thinking, and they can’t believe they were just told they are going to die. Phrases like, “it can’t be,” “it’s not true,” “how can I tell my family I’m going to die,” and “how much longer do I have to live,” come pouring out of the suddenly extremely depressed & overly stressed COPD sufferers. Life is tough enough with stage 4 COPD – the added stress, anxiety, and depression, caused by the term “end-stage” is not needed.

The medical professional trying to explain “end-stage” doesn’t mean a person is going to die, it’s only a clinical term used to denote that a person has reached stage 4 on the scale they use to measure the severity of COPD. What medical professional don’t realize is that no matter what they say after the term “end-stage” is used, the COPD sufferer is convinced they’re dying. By the time the COPD sufferer gets to stage 4, most know that means their condition is very severe so when “end-stage” is used it must mean they’re dying.

When a person with COPD hears the term “end-stage” when describing their COPD they automatically think that life is over.

For a lot of COPD sufferers once a professional users the term “end-stage” to describe their condition, they just signed the death certificate of the person. The depression, stress, anxiety, and other physical illnesses that phrase causes the COPD sufferer, it becomes a self-fulfilling prophecy. If you’re going to use “end-stage” it should be added to the scale as the fifth stage and used to indicate the true meaning of the words.

After stage 4 on the scale you could put stage 5, “end-stage.” Definition: you are maxed out on all COPD medicines, treatments, procedures, or operations available by the medical profession at this time. The only thing that will improve your COPD is a medical miracle or divine intervention.

As long as there is a procedure, medication, treatment or operation a person can receive, they are not “end-stage” and they should not be referred to as such. The way the term “end-stage” is used by the medical profession these days serves no purpose other than to needlessly upset COPD sufferers.

I’ve been a stage 4 COPD sufferer for 17 years; for the last eight years I have been “end-stage”

And when I say “end-stage” I mean I am “end-stage”. There is no medication, treatment, procedure, or operation that will improve my COPD in any way. Not any of my doctors, (general practitioner, pulmonologist, cardiologists), will perform any invasive procedure on me. I cannot even have a biopsy done on the nodule growing in my lung to determine if it’s cancerous. Because my doctors feel the procedure alone would kill me. I don’t normally talk about that aspect of my condition; the reason I’m doing it now is to let you know when you eventually hear “end-stage” you’ll know it doesn’t mean you’re dying.

Even though I am “end-stage” I still live a fairly normal life. I do think a lot slower than others, rest a lot, but I get the job done. I live alone, do my own shopping, housework, have lunch dates, and I go on road trips once or twice a year. I cannot fly but I can drive and last summer I drove the 850 miles from my house in Michigan, (where I lived at the time), to visit my aunt in New Jersey, brother in Long Island, and to take my grand-kids into New York City to the museum of Natural History, and a boat ride around Manhattan which stops at Liberty and Ellis Island. I haven’t done a trip yet this year due to the fact I moved, but, now that I’m settled in I’m planning another trip to New Jersey or Florida this fall. I live in North Carolina now, so depending on where I go will be another 800 mile plus trip. I do all of these things in spite of the fact I’m on oxygen 24/7, sleep with a non invasive ventilation machine, (I also use it during the day when needed), & have chronic heart failure.

It just takes a little planning and a lot of determination.

So when I was informed there wasn’t anything else the medical community could do for me, I began making changes in my environment and taking precautions that has allowed me to survive as long as I have, and if I can do it, so can you. After all “end stage” is a small term that could be erased from the vocabulary very easily. And if you ever do become truly “end-stage”, like me, you learn the art of balancing and teetering on the edge. Even with “end-stage” COPD there is life, and with “a lot of effort” you can make it a good one. 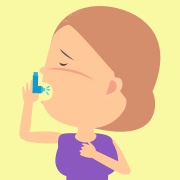 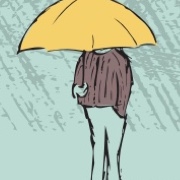 Mourning the Death of your Previous Life – Part 1 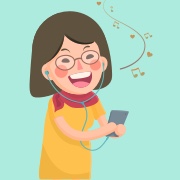 How Do You Manage COPD Stress?