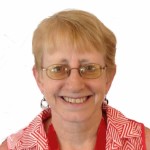 You’ve probably heard the old saying, “Knowledge is power.” This is never more true than when dealing with a new diagnosis of COPD, also known as chronic obstructive pulmonary disease and commonly referred to as emphysema. When you understand the ins and outs of your disease (or your loved one’s disease) and how it affects your body, then you will be better equipped to deal with it in an optimal manner.

So, in my role as a health educator, I’ll be covering some of the basics about COPD in my posts here at COPD.net. Think of it as COPD 101. This will supplement the general information you’ll already find throughout the site.

What Is the Respiratory System?

Now, let’s look at the parts of the respiratory system in a little more detail.

Your Airways and Lungs

Airways is a name for the pipes or tubes that carry both oxygen and carbon dioxide into and out of your body. The airways start in your nasal cavities and mouth and then travel down into your throat, where your larynx (voice box) and trachea (windpipe) are found. A thin membrane called an epiglottis protects your airways from food traveling down the nearby esophagus.

From the trachea, your airways branch into two separate bronchial tubes, also called bronchi, one for each side of your lungs. You have two lungs, one on each side of your breastbone.  The left lung is slightly smaller than the right lung. This makes room for your heart.

Once the bronchial tubes reach the lungs, they begin to branch into smaller and smaller, thinner tubes called bronchioles. The bronchioles continue to branch until they end in bunches of tiny round air sacs called alveoli. This is where the real work of the respiratory system gets done.

The Supporting Blood Vessels of the Respiratory System

The blood vessels and tiny capillaries that surround the respiratory system tissues move the oxygen and carbon dioxide to and from the lungs and other areas of the body. Oxygen is an essential substance that cells throughout your body need. Carbon dioxide is a waste product that needs to be removed from the body.

A large blood vessel in the lungs called the pulmonary artery, along with its branches, delivers blood rich in carbon dioxide to tiny capillaries surrounding the alveoli air sacs. The carbon dioxide filters from the blood into the air in the air sacs, where it can then be expelled as you breathe out.

At the same time, oxygen from the air you breathed in through your airway into the lungs filters into the blood in the capillaries and is delivered via the pulmonary vein into the heart and then on to the rest of the body.

The Supporting Muscles of the Respiratory System

Without your respiratory muscles you would not be able to breathe properly. There are 4 main types of muscles involved in breathing. They are:

For more information on the actual breathing process, see How Healthy Lungs Function.