COPD is more common than most people realize, but not everyone understands or knows a lot about the condition itself. In honor of COPD awareness month, we asked our experts the following question: What kinds of awareness initiatives do you think help spread information about COPD? Check out what they had to say! And don't forget to spread the word this month by changing your avatar to raise awareness, or simply by sharing articles that educate others on COPD!

There are several significant initiatives that are striving to increase awareness of COPD. Of them, the most well known is DRIVE4COPD.

Answering these questions can help determine who is at risk for COPD. If the five-question screener indicates risk, patients are urged to take the next step by speaking with their physician or other healthcare professional to discuss what their score may mean.  Because COPD is a progressive disease that causes irreversible lung damage, early diagnosis and disease management are critical to helping patients breathe better in the future.

Celebrity involvement in many issues brings them to the forefront. When we think of Parkinson’s disease, we immediately think of Michael J. Fox. COPD is no different; Johnny Carson, Loni Anderson, and Leonard Nimoy are just a few of the high-profile lives it’s touched. Many celebrities have shared their very moving and touching stories of struggle with COPD. This serves to bring awareness to the public in general, but also gives encouragement to those that suffer with COPD, knowing their not alone. Social media is another source of awareness that I don’t feel has been tapped to its full potential with COPD. Think how successful the Ice Bucket Challenge was – all through social media. I’m constantly amazed at the activity on the COPD.net Facebook page; just another example of the power of social media. 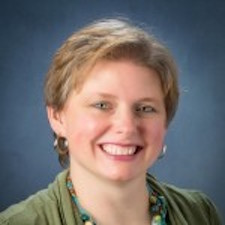 There are so many ways. I don't think that it's just one. Social media seems to be the biggest audience of any platform. Over one billion people have Facebook accounts. That is like the population of a small continent. Facebook and Twitter ads would spread the word quickly over social media. Not to be forgotten is spreading the word through television. Morning shows and talk shows are a great way to get in front of a ton of people at one time. Of course PSAs are great when the networks actually air them.

On a personal level, it is through the doctors and personal relationships of the patients. There are so many people that don't fully understand what COPD is and what it will do. This is amazing since it is ranked number three in the leading causes of death in the United States.

How about you? What COPD awareness initiatives do you find helpful or informative? Please share with us in the comments!